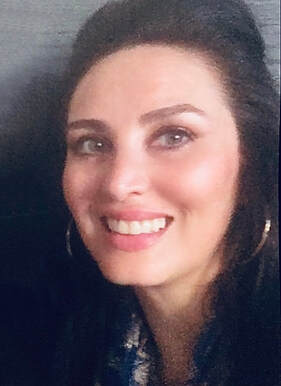 Lisa Perez has been professionally involved in alternative healthcare since 1994. Having had many personal health challenges at an early age led her to this path. She experimented with her diet first by becoming a vegetarian in 1988, this helped immensely, yet some symptoms were still recurring.

In 1989, a Chiropractor named George T. Tatsuno taught her methods of detoxification such as, colon cleansing, juicing, and fasting on such things as nutrient rich barley grass which awakened in her new depths of energy and vitality. She thoroughly studied books by known leaders in the field of detoxification through tissue cleansing such as, Bernard Jensen, and Paul C. Bragg.

Though her health was better than ever, she experienced a see-saw or yo-yo effect. She experienced feelings of great health and energy solely while on a cleanse. She got to a point where she believed that this was how it was going to be. Without taking a deeper look at what her current diet consisted of, she thought that abstaining from meat was enough.

On her quest for wellness, she decided to help others feel better through the practice of massage. For the next six years, she intermittently worked for Rudy B. Herrera, DC. This doctor who had paid his way through Chiropractic College by doing massage, trained Lisa in the art of many massage modalities. These were Neuromuscular Therapy, Myofascial Release, Trigger Point Therapy, Deep Tissue, Swedish, Acupressure and certain Hydrotherapy regimens. In 1994 she began more credential based education at the Massage School of Santa Monica.

In 1999, after working with a few different chiropractors in the Southern California region, she travelled to Chiang Mai, Thailand. There she studied Thai cooking and became certified in the art of Thai massage. In 2000 Lisa moved to Chicago, where she started a holistic healing center called Eastern Echoes. Eastern Echoes integrated Eastern and Western healing practices, such as massage, detoxification regimens, yoga and holistic based nutrition.

From 2000 to 2003, she was the sole apprentice of Dr. Rani Pargaonker, an Ayurvedic Physician from Poona, India. At this time, she performed all of the Ayurvedic healing treatments for the doctor. This included detoxification regimens of Pancha Karma (marma point massage, hydrotherapy, colon cleansing, shirodhara, ec), meditation, yoga and ayurvedic nutritional counseling. In addition to these practices, she graduated with formal training in Ayurvedic Indian massage, Aromatherapy, Shirodhara, and Chakra annointment from Light Institute of Ayurvedic Healings (now Ayurvedic College For Well Being) at Sarasota, FL in 2002.

Realizing that health involves more than getting quick fixes via massage, periodic detoxification and chiropractic adjustments, Lisa turned to Yoga. She discovered that Yoga is a wonderful practice one can learn and do daily in their own home. In this field, she could guide others toward further owning their own health by taking an active role in it. She started a personal practice in 2000 and by 2003, became a Nationally Certified Yoga Instructor through Eight Limbs Yoga Center in Chicago, IL. She immediately began teaching more private lessons towards re-balancing the mind and body to massage clients and personal trainers.

Through all of these studies and practices, Lisa still found herself on this see-saw, yo-yo of autointoxication (through diet), and detoxification health model. This only began to change in 2005 when she stumbled upon the raw food restaurant and school, Cousin's Incredible Vitality in Chicago, IL. Immediately, Lisa began training to become a raw food chef under Master Chef, Mehmet Ak. By 2006, she had attained three levels of Chef Certification and the fourth level of becoming an instructor on the many health benefits of eating a primarily raw, vegan, alkaline diet.

Holistic nutrition was the missing link! Optimal nutrition through alkalizing the body with enzymes intact for easy assimilation, all lending to unfound energy on a day to day basis!!! With this in mind, Lisa opened Humble Warrior Yoga center in New York City in 2010. There she offered healthy lifestyle consultation, meditation, yoga instruction, massage, organic living foods and deep tissue cleansing.

Lisa stepped up her Yoga Teaching Credentials to the 500 hour status through Yoga Sutra NYC's year long program (2010 to 2011), as well as a Prenatal Yoga Intensive with Mia Borgatta of Lila Wellness. Then in 2012 she studied with Yoga Mama Buddha Baby author, Jyothi Larson, postnatal mama and baby yoga classes at Karma Kids yoga studio in New York City all to better suit her student's ever changing needs. In that same year Lisa acquired Reiki levels I and II under Reiki Master and clairvoyant, Jeri Reid.

​Through a regular practice of Yoga and Holistic Nutrition, Lisa believes all of us can attain and keep perfect health!


“Expand into your highest potential through this longevity lifestyle.” ~Lisa Perez
Tweet